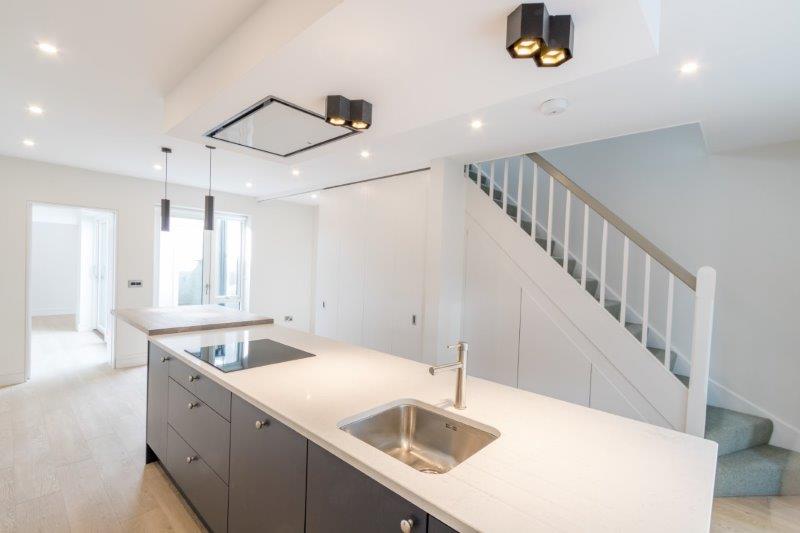 We bought a house in the Tenters in Dublin, part of the Liberties.  Built in 1922, it hadn’t been touched since then, with some small extension and some electricity added.  Safe to say that the house needed complete overhaul and refurbishment.  We had seen photo’s of a similar property brought back to life by Renova, so we contacted them.

From day 1, we experienced a professional and helpful approach which gave us great confidence.  Estimates and costs developed and support for those to explain why something would cost what it did.  Change requests were handled rapidly and costed, up or down depending on what we had changed.  We really appreciated that there is a full team of professionals available to us – from design to pricing to interior design, execution and budget control.

In the end, our house was completely rebuilt, literally stripped down to a shell and rebuilt.  The result was superb and even more than we had expected it to be.  Everything came in on time, and while we made several last minute adjustments, nothing was ever too much or created hassle.  When we moved in, the team arrived a day later, and went through the house looking for faults; the couple of minor issues found were scheduled and resolved quickly. As an example we had a problem with our heating system late Friday evening a couple weeks later (user driven!) and we sent an email describing the issue, asking for help – not expecting an answer there and then.  20 minutes later, the plumber called us and talked us through the issue, at 8pm on a Friday night.

Everyone in the Renova team is a consummate professional.  They know their subject and area very well.  They covered planning permission, gas connections, electrical and water connections.  Superb advice, and always willing to look at alternatives and advise us.  It was helpful to have a one stop shop of dedicated individuals to take us on this journey.  We absolutely could not have done this on our own, and I would challenge anyone to meet the timing they achieved.  People who live in the area have approached us many times complimenting the finished article, and we are very proud of our new home!

This is our second renovation in The Tenters area of Dublin. Our clients were from outside Dublin and had just purchased a run down mid terraced house in original condition with the intention of renovating it as a second home. It is primarily for use by their grown up children in the first years after its renovation.

To improve the house and make it suit their needs we needed to provide a living area, kitchen/dining, three bedrooms and two bathrooms. To do this we needed to extend the house and reconfigure the first floor layout. Given the nature of the site this required a planning application.

The house was entirely gutted and the building fabric was brought up to modern standards, including a new roof and reconstruction of the chimney. We excavated and replaced the existing floor slab to provide an insulated floor with underfloor heating. Walls were insulated, triple glazed windows installed and airtight measures and ventilation carried out. The heating, plumbing and wiring are all new.

Naturally this house required a full suite of fittings and finishes as shown in the photographs. We also paved the courtyard, tiled the path to the entrance and replaced the old railings and gate at the front of the house. The house was handed over in walk-in condition.

Note: The RENOVA business model no longer supports the construction of extensions. 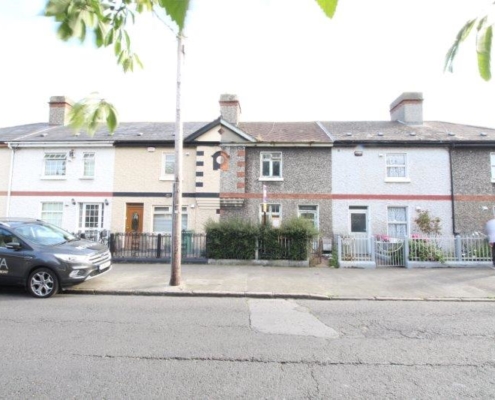 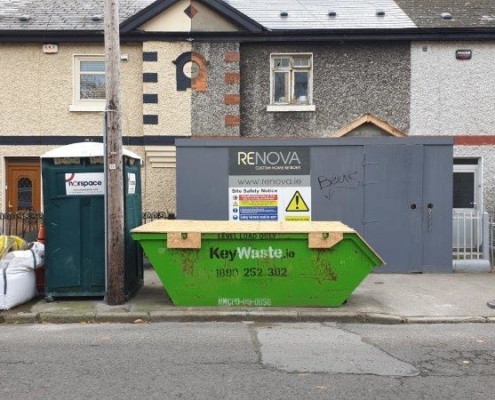 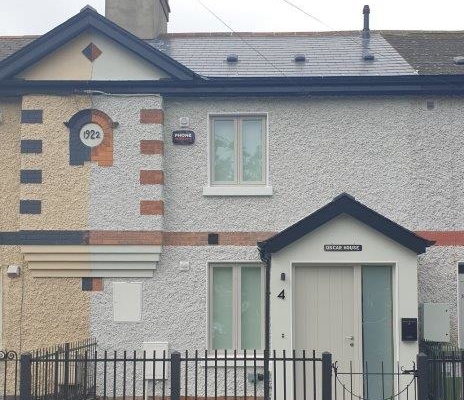 These cookies collect information that is used either in aggregate form to help us understand how our website is being used or how effective our marketing campaigns are, or to help us customize our website and application for you in order to enhance your experience.

If you do not want that we track your visit to our site you can disable tracking in your browser here:

The following cookies are also needed - You can choose if you want to allow them: